Having followed the Bradshaw family’s journey to buy British-only for a year with great interest via twitter, I was delighted to have the opportunity to join them in celebrating at a wonderful British Family Fayre they had organised with Lincoln West Ltd.

My key reasons for participating in the event were to support them in raising the profile of British businesses and to meet other manufacturers and producers in order to find out about their products.  Bessie is a traditional British vintage Cheltenham Fawn caravan manufactured in the 1960s. Her vintage style canopy has been custom made in Faversham, Kent by Wilkinson’s Sails. She has been beautifully restored and now operates as a unique pop up tea room serving a truly British menu.  Almost all of ingredients I used at the Fayre were British, with many ingredients being produced within 20 minutes of my home. There are some wonderful local producers available to us and I hope that the Fayre will go some way to raising awareness.  On the day my menu included:

Freshly baked cheese scones made with Kent butter and a very delicious Kent Ashmore Cheese, produced by The Cheese makers of Canterbury.

Apple and blackberry pie, made with fruit picked just the day before from my smallholding.

Sausage Rolls made with pork produced by Chandler and Dunn.

Bessie serves drinks for seated guests in vintage china but I am keen that the takeaway experience is a pleasure too.  Bessie’s cups were made in Britain by the Paper Cup Company and the design by Nigel Wallace of ‘White one Sugar’ in Faversham, Kent.

Apple and Pear juice from Hearts Delight Farm was served alongside Tisanes grown in Kent by ‘The Flower Patch Farm’, including English Peppermint.

There are some items that I have been unable to source, for example, British coffee for my coffee cake.  However, the Bradshaws have inspired me to take up the challenge of sourcing British produce whenever I can. My aim is to support Kent producers first and foremost and when that is not possible to try and buy British.  Hopefully, there will be less and less reason to shop abroad for basic foods.

From the onset of the Fayre, I was serving a queue of people eager to sample the food I had prepared.  It was wonderful that so many were interested in where the food has come from and how it was cooked. Bessie was so busy all day with people sitting inside enjoying a nostalgic treat and telling their own stories of British holidays, childhood memories and plans to develop their own little vintage style escapes in their gardens.  I wish I had taken more photographs but I was so busy I just didn’t have the time to stop.  By 5pm I had completely sold out of all food along with all of the apple and pear juice.

There was much interest in Bessie throughout the day and all of my business cards were taken.  I met some lovely and interesting people that I hope I will keep in touch with via social media or at future events.  Numerous people came to see me that said they followed me on twitter and were pleased to see Bessie ‘in person’ at last.  Some people came in for tea on more than one occasion, some waited patiently to get a seat, worried that if they walked away and came back later they may never get to take tea inside.

As for my expectations of the day – well, they were far exceeded.  It really was an amazingly British day and the feedback from customers about the day and the ethos behind it was magnificent.  My only disappointment was that I was so busy I didn’t have chance to look around the Fayre to meet other businesses and view their products. I am however, communicating with many of them via twitter – which is after all where I found out about the Bradshaws in the first place.  I wonder if there is a way a trade time could be incorporated next year?

Thank you to the Bradshaw family for leading by example and letting us share in your midway celebrations. Britain needs you! 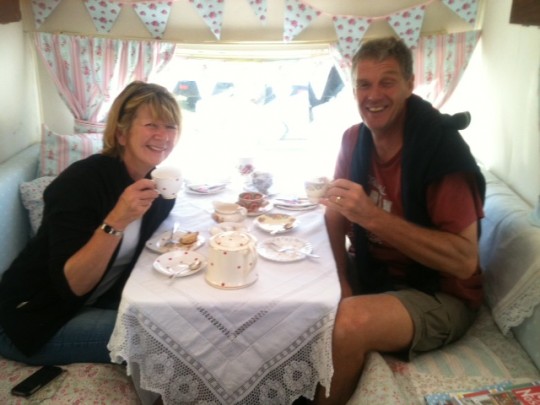 What a delightful couple having tea in Bessie at the British Family Fayre – look out for her story in Essential mag soon! She is an inspiration. 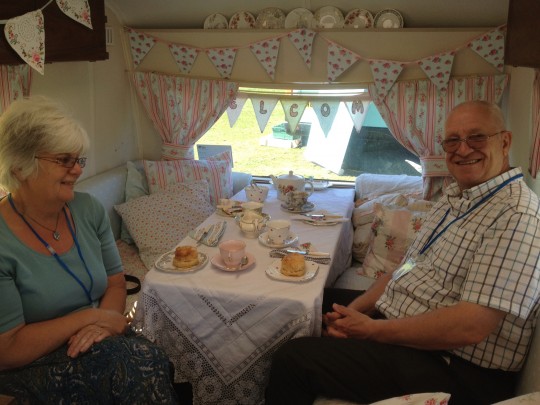 From following Bessie on twitter to sharing afternoon tea not once but twice. How lovely to meet twitter followers at the British Family Fayre – thank you for coming to say hello 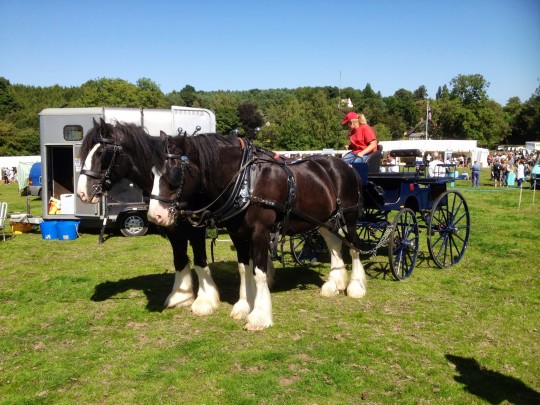 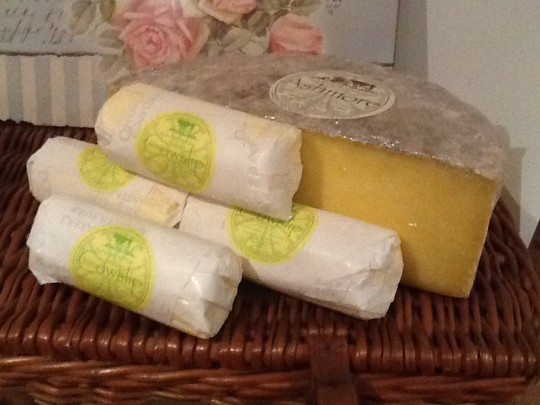 Some of my ingredients used at the British Family Fayre. Ashmore Cheese and butter from Dargate 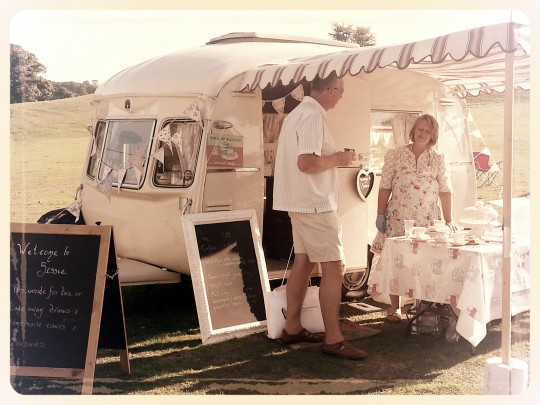 Towards the end of the day – time to hear some caravanning holiday stories. Great to hear families enjoying Britain