What an amazing venue for Bessie to visit.  On 9th November, Education Business Partnership Kent organised a sixth form employability conference for 150 pupils from Simon Langton Girls School.  Bessie was all set up in the garden of the Cathedral Lodge adorned in bunting and full of scrummy cakes.  Following an interesting keynote speech from Adrian Wenn, regional manager of Lloyds / Clydesdale Bank, pupils broke out into groups ready to rotate around a range of workshops from varying sectors – private, public, voluntary and Bessie as a business start up.  What an inspirational range of speakers and such varied experiences.

For the business start up challenge, pupils were set the task of identifying ways in which the Bessie business could be expanded. They were to consider up-selling opportunities, how to increase market penetration and plans for development of my second Cheltenham caravan. In addition, they needed to consider marketing and costing.  The buzz in the room was instant as they set to work on their task whilst, six at a time, they came out to have a seat and a cake in Bessie.  For some, it was their first time inside a caravan – what a way to start!

At the end of each session, the pupils provided feedback on their three best ideas – I was just amazed at how brilliant they were. Some were offering help to promote / develop the Bessie brand in their own time – there was just so much enthusiam and energy amongst them all. There were short and long term ideas and a few that really made me think. One particular idea was to take Bessie to centres that support people with Dementia for Bessie to provide afternoon tea and a nostalgic experience that may help their condition.

There was much discussion about my ‘new’ caravan and whereas I had been thinking of doing a similar interior to Bessie, every group suggested either 1950’s or 1970’s theme.  Given that the Cheltenham Sable was built in 1974 I have decided to go with this retro look – I am an old disco queen after all!

Since the event, I have collated all of their ideas and the school have the summary of ideas I intend to look into further and those that I intend to implement in the short / medium term.  Each week I provide an update via twitter / facebook on progress.

I would just like to thank all of the ambassadors from other businesses who supported the day, the pupils and teachers who engaged so actively in the day and EBP Kent for inviting me to the day.  It is also worth saying that the Cathedral Lodge was just a beautiful location and the staff so helpful – after all it’s not everyday a little vintage caravan has to be driven through the Cathedral grounds and hand guided through the cobbles. 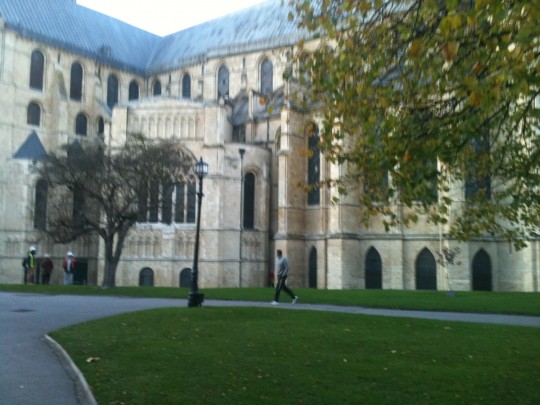 Bessie attends the Cathedral on the day a new Archbishop is announced! 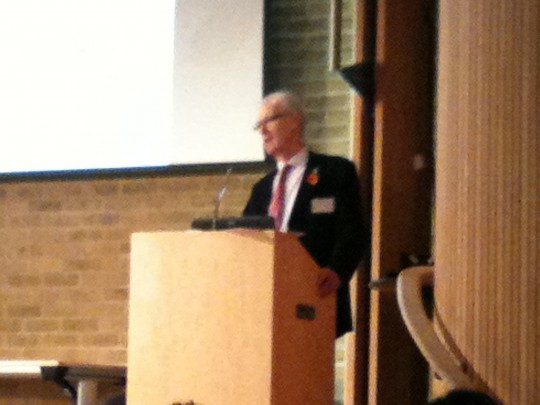 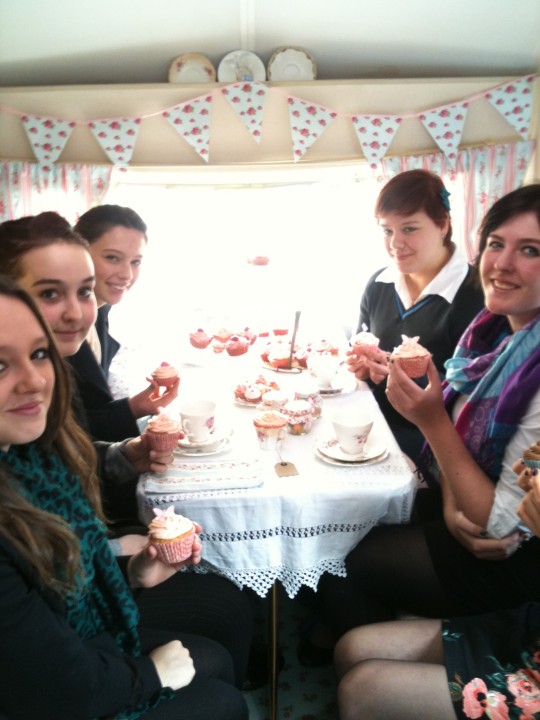 Time for a cupcake 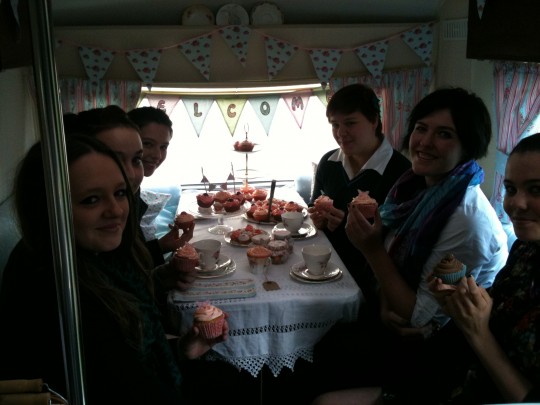 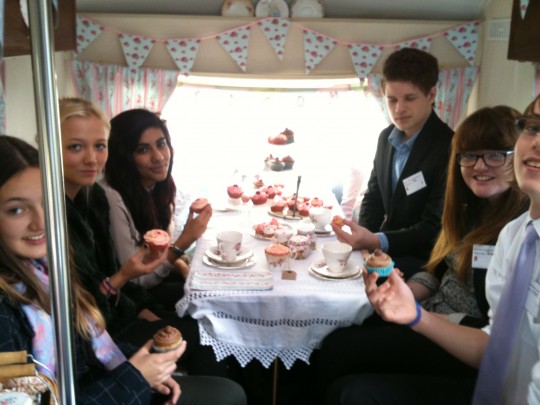 Wow – first time in a caravan – honour for Bessie 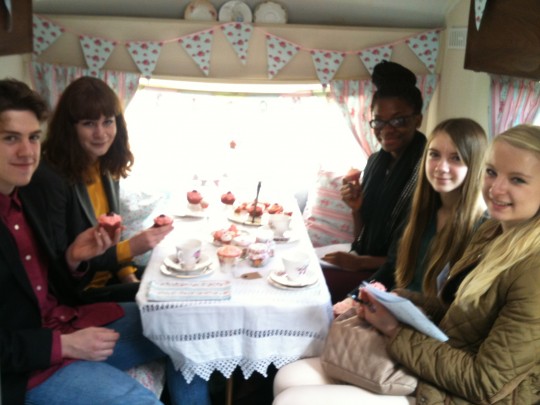 More ideas for the future 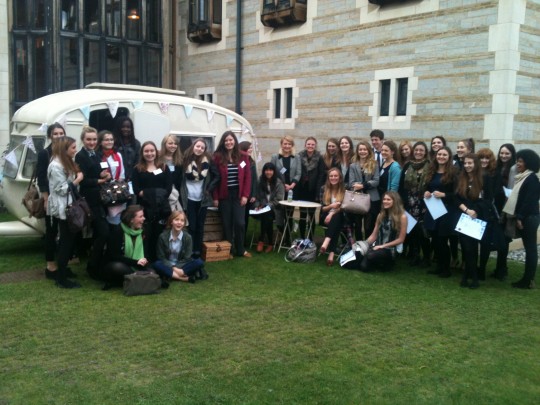 Just some of the Simon Langton Sixth Formers who attended the employability event – thank you to you all!